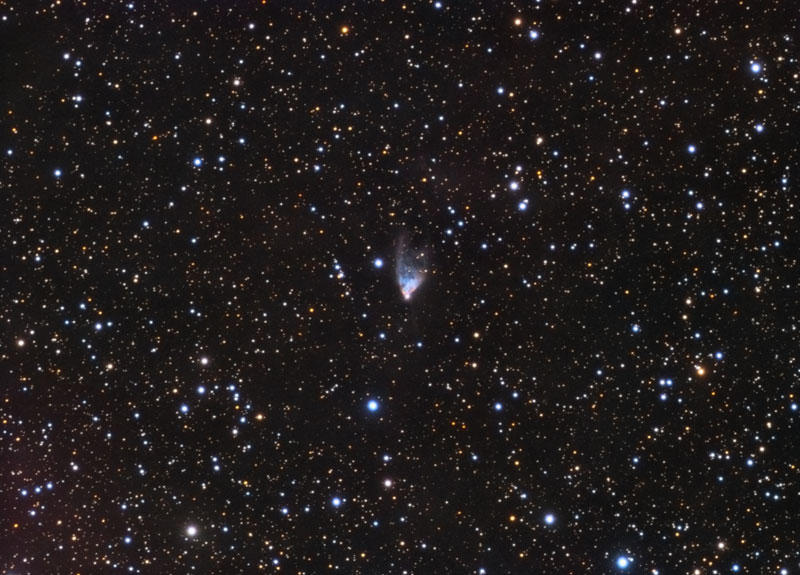 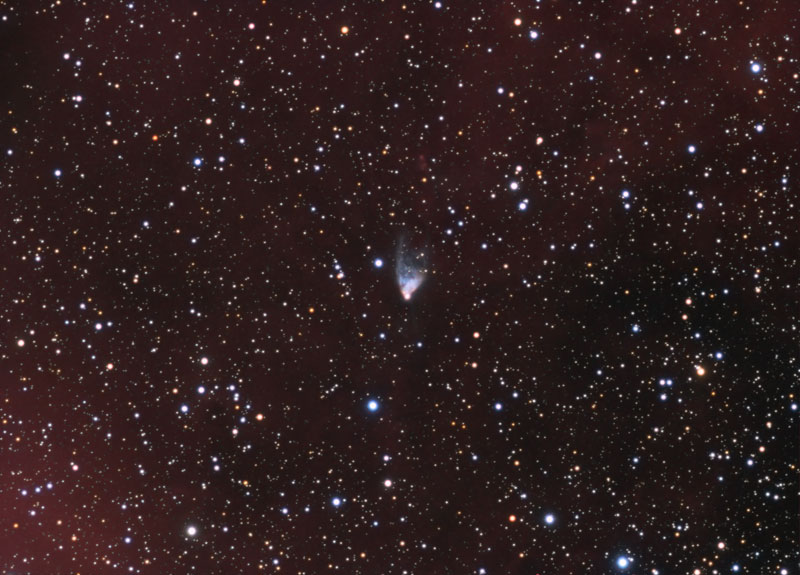 About this Object
Hubble's variable nebula is in Monoceros and was the first object to be photographed with the famous 200 inch Hale Telescope at Palomar in 1948. NGC 2261 is a reflection nebula and within it is embedded the reddish star R Monocerotis. The nebula changes appearance over time and were noticed by the American astronomer Edwin Hubble in 1916. These changes are probably caused by opaque clouds of dust passing between the hidden star and the outskirts of the nebula we see, the moving shadows changing the apparent form of the glowing dust in an irregular way. NGC 2261 is very close to the Cone nebula and the background full of faint Hydrogen Alpha emission. The first image on the page is a standard RGB image taken thru Red, Green, and Blue filters. In the background its just possible to see the faint glow from background Hydrogen. The image below it is a composite color image in which I added the background glow from an 11hr hydrogen alpha filtered image.